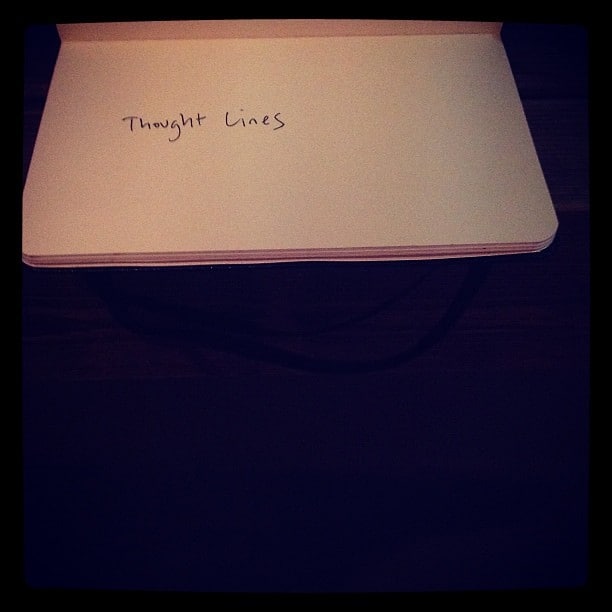 Years ago, I wrote myself a little chord book to find some new chords.

I wrote out all the possible combinations of 4 different notes in one octave.

There are 165 of those. And then I organised them by inversion like this:

That was useful. But the really useful thing I found, and use, was to do with the inverting.

One way of looking at inversion is as a process of moving a note through a series.

I try to keep each note on the same string as it moves through the series. So I’d play the last example’s lower notes [CEGB] on the 5th string and the upper notes [GBCE] on the 4th string. That way, you can retain distinct lines, and this helps you see the inversion sequence logically.

That covers all the harmonic possibilities of non-doubled structures on the guitar. By non-doubled, I mean that none of the notes in the structures are the same name, C and C for instance.

I use it as a way to put myself in a different harmonic area to explore – to find something new. And then it’s up to me to find a use for whatever I find.

I do this thing with lines as a little mental and physical exercise.

For example, take this structure CGBE, which is a super common voicing for C∆, and move it through this series: C E G Ab B, which is the structure plus one extra note: Ab.

That’ll give you 5 inversions: CGBE, EAbCG, GBEAb, AbCGB, BEAbC. You’ll see that if you look at any voice in isolation, the second voice in each voicing for example, that it’ll be moving through the series CEGAbB.

Be able to do that with arbitrary structures and series, on the fly.

The difficulty is in being aware of each individual line simultaneously.

Here it is in notation, with a couple of extra examples. Thought Lines