In this article you’ll learn 3 ways you can use ‘wrong’ notes to transform your usual bread-and-butter pentatonic playing into the colourful chromatic kind of sounds you hear in jazz and fusion.

This kind of thing:

ALSO be sure to check the link at the end of the article where I share two Bonus Videos. I’ll show you exactly how to implement the techniques.

You won’t want to miss them!

There are three techniques contained in this example:

The first technique to use is CONTRAST

The effect of the chromatic techniques you’re about to learn are a GAZILLION TIMES MORE EFFECTIVE if you contrast them.

For example, the sound clip above is a funk vamp on F minor, and a huge amount of the playing in this solo comes from the F Minor Pentatonic Scale. This sound is a good contrast.

Coming BACK to the pentatonic provides relief after your onslaught of crazy chromatic stuff.

AND you already know how to use the pentatonic, so BOOM! you’re 50% of the way there :)

Now here’s how you use chromatic notes within the pentatonic.. 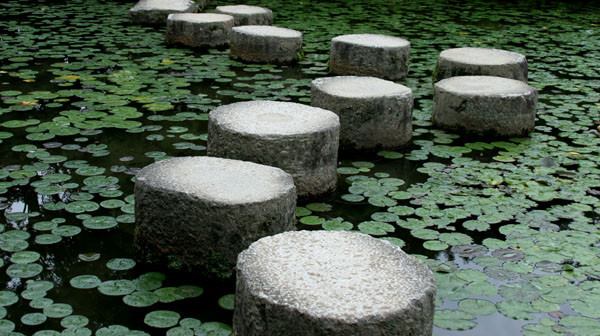 Think of the pentatonic scale steps as ‘Stepping Stones’.

You can connect those stepping stones by filling in the gaps with chromatic connecting notes.

Between each step of the pentatonic scale you have either:

If you have a 2 fret gap, you fill that gap with one chromatic connecting note.

If you have a 3 fret gap, then you’ll need two notes to plug it up.

BUT! When you do this, your aim is to get BACK to the Stepping Stone. Don’t meander around on the chromatic notes!

This is what makes the ‘wrong’ notes sound right. By giving importance to the scale tones you make your chromatic playing sound TONAL. You’ll still sound like you’re in the KEY of F Minor, and not just playing random notes.

So it sounds ‘outside’ but ‘inside’!

Let me show you how I use that technique here. [What I play is slightly more involved, but it’s essentially just filling the gap]

Look at the notes labeled ‘pentatonic notes’. These are the Stepping Stones [the notes from F Minor Pentatonic]

You’re just joining up the notes of the pentatonic by filling in the gaps :)

In my solo, I’m adding in an EXTRA layer of fun by chromatically approaching ALL THOSE notes. But for now, don’t worry about that. Just start experimenting using what you already know – the Pentatonic – and adding in the chromatics.

Next, here’s how to extend the Stepping Stone idea with harmony…

If you can play melodies that suggest harmony, then you can superimpose your own harmonies over the original chords. This is another way to create tension.

Think of each harmonic area as a stepping stone.

The first part of the phrase uses lines that suggest harmony. In this case: F7 C7 F7. The lines are played OVER the simple F-7 backing.

So how do you get from F minor to all that stuff?

Each tweak of the harmony is another colour you can use in your solos.

That’s sort of what’s happening in this phrase. I start with a line that suggests F7 altered. And the 3rd box could be seen as being F7 altered as well. The bit in the middle could be seen as C7 altered, or F#7, or even just a flowing finger shape that connects up the two F altered lines.

This superimposition of using the Dominant 7th of whatever chord you’re playing into is super common. Say you were jamming over F Minor 7th, then you could play into the F minor with its Dominant 7th: C7. 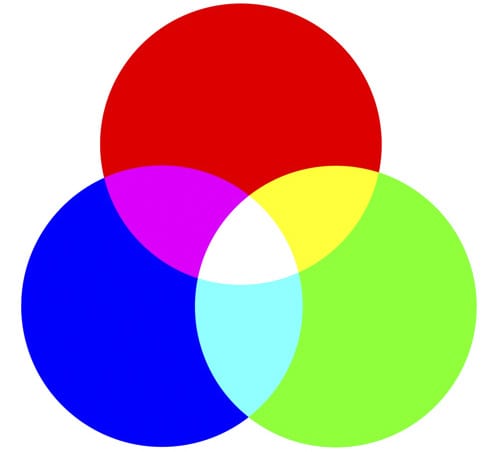 Now, I wasn’t thinking about any of this stuff when I played the solo as I’m really familiar with these sounds. It’s more subconscious. I guess in the same way that when you’re in conversation, you’re not thinking about the grammar/words, etc. You’re just using the language you know.

BUT! I can show you what I DID to get this sort of sound into my playing:

It has to do with being able to play melodies that describe the harmony.

An arpeggio is the most obvious example of that. When you play an arpeggio you’re giving the listener an impression of what the underlying chord is.

Then, using that ability to describe the sound of any harmony, you can superimpose your own harmonies and harmonic progressions over the vamp.

I know that all sounds like rocket science, so here’s an exercise to help you connect melodies that describe chords. We’ll connect F minor pentatonic sounds to C7b9 sounds.

Here are the rules for this exercise:

When you can transition between these two chords, then try adding in some of the chromatic connecting notes on the F minor chord.

The example from the solo uses chromaticism with harmonic superimposition. So whilst it does use chromatic notes, they are grounded around strong harmonic areas: F minor and C7.

So, again, it sounds ‘outside’ but ‘inside’.

The three techniques are:

Now remember I mentioned I had two bonus videos for ya?

​​​​​Get some SPICE into your playing!

I'll show you exactly how to use chromatics. You'll get two video demonstrations of the techniques in the article (PS, these are easy techniques you can start using today!)