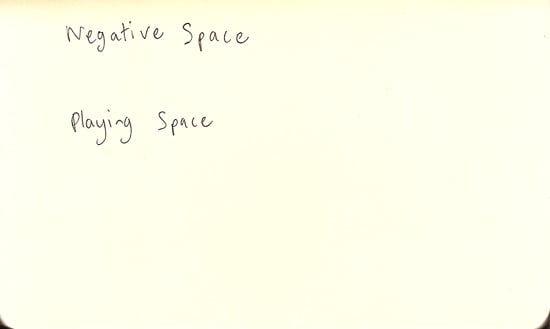 Here are two ideas to do with space

The first comes from artist Betty Edwards. In her fantastic book, Drawing on the Right Side of the Brain, she talks about ways to trick your perception into seeing what’s actually there rather than seeing your preconceptions.

You know the kind of thing – you try to draw a face, and somewhere in your messed up mind you think: ‘face’ – circle, two dots, a smile, etc.

In this case, the preconceptions get in the way of drawing well.

It’s another way of perceiving relationships between things, and it’s an idea that’s easily applied to music.

For example, listen to a solo and instead of focusing on the things played, focus on the space, the gaps, the pauses. Focus also on the space created between the instruments.

Just listening with that in mind makes you hear the music differently. You hear new stuff.

The second idea is to do with playing space.

Think about playing in time:

Or to put it another way, when someone’s time is suspect, it’s usually because they are thinking of the rhythm as being a relationship between the things played, rather than a relationship to the pulse.

I like to think of space as an active thing that you can do – to play space, rather than thinking of it as something that happens by accident when you stop playing. Can you actively play space? What is it that you’re actually doing? Are you messing with the placement of events in relation to one another, or are you placing a thing called ‘space’ somewhere? 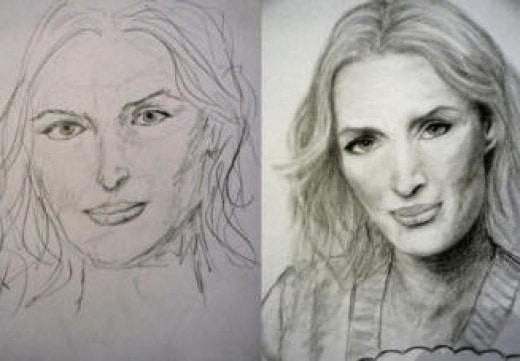 Anyhow, check out that book. And if that’s whet your appetite, check out her other book, TITLE!! – Drawing on the Artist Within: An Inspirational and Practical Guide to Increasing Your Creative Powers