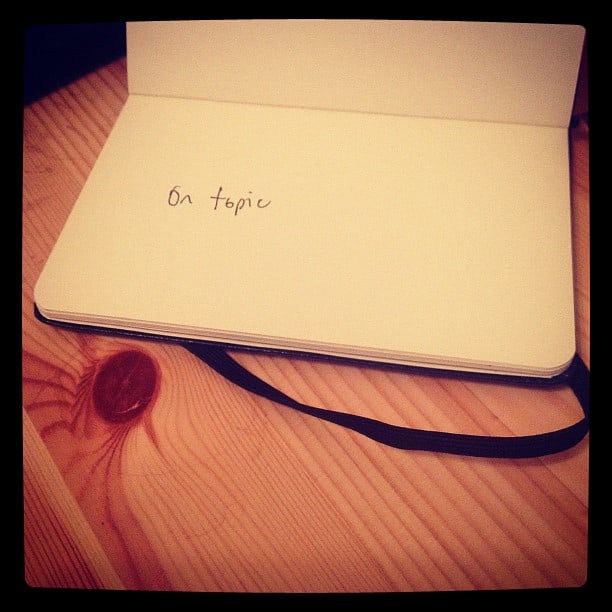 At one place I teach at, there’s a class where the students have to perform a new tune every week and improvise on it.

I often find I’m repeating myself to them: ‘tell a story’, ‘make a statement’, ‘develop ideas’, I say.

They’re thinking too much.

Trying to remember all the things they’re supposed to know: arpeggios, licks, scales, form, and so on.

The thing that’s most telling is when the music, the ideas, the improvisation, sounds disjointed.

It’s difficult to think about all that stuff while trying to make it into music.

So, to get my point across, I came up with this exercise.

I give you a word, and you tell me about it.

It can take ANY form.

Here are a couple of examples using the word ‘moon’:

You might talk of things you know:
Valleys filled with tranquil seas.
The dark sides, the silver skies.
Waxing, waning, shifting tides.

You might talk of ice-cold stillness,
Of dust-grey fields or windless plains.
Squinting, crackling words of wonder
Softly break the world. Begin again.

You might talk of other Moons,
How moonlit limpid eyes beguile.
Lost to time; struck and moved to say,
‘The moon lives in the lining of your skin’.

Are there any other words made from letters that are next to each other in the alphabet?

I’m picturing a crescent moon which reminds me of the album sleeve to ‘Chet Baker Sings’.

I hear Chet’s version of ‘It Could Happen To You’, and my friend John Ellis’s fantastic Chet impression comes to mind.

So there you go!

It could just as easily have been a big list or a focus on one thing. I could have taken a ‘negative space’ approach of everything the moon is not, or it could be just about the word, the letters, the sounds, allegory, stories, whatever…

Just have a go.

Tell me anything and everything about ‘Moon’.

Go off on mad tangents, if you like; or just say the first thing on your mind.

The point is that whatever you talk of, whatever you imagine, however near or far you go – you’ll always be On Topic.

There’ll be a point to your story, a theme, an idea, a frame, hooks, threads – Meaning.

It’s surprising how many people play something and then don’t follow on or use the thing they’ve just played.

Going back to the language analogy, it would be like saying, ‘the moon is round and silver. I bought fish fingers. 1234. Hoovers’.

Don’t look to scales and whatnot to make a solo.

There’s no meaning in mechanics, no story in an arpeggio.

The art is in the relation. THAT is the thing that is going to make your solo sound great.

It’s all around you

So, look for the topics in artworks.

Look at each and every tune you learn as an exploration of a topic.

See how, for example, Darn that Dream’s first three notes are the topic, the rest is the story.

Think about those musical repetitions in Martin Luther King’s ‘I Have A Dream’ speech.

Think about the Doric, Ionic and Corinthian pillars that frame The Colosseum’s construction.

Think about the hues of The Seagram Murals.

Think about that splendid combination of ingredients in your sandwich :)

You might also call it thread, idea, motif, element, combination, relationship, whatever.

Think how some forms use a kind of build-up to an ‘a-ha’ moment – films, novels, compositions, and so on. A denouement, when all the threads tie in at the end.

You can organise stuff in a gazillion different ways.

And the splendid thing is that anything that has form, or that can be perceived to have form, has structural ideas waiting for you to steal them, use them, and be inspired by them.

Look right in front of you.

Can you see any form, pattern or theme?

The wall in front of me is a large yellow canvas, flanked by two speakers atop of another set of speakers.

Could I use that construction and turn it into music?

I wouldn’t know until I had a go.

But to wrap up (back to improvising): try starting with a musical topic; the simpler the better. As in the case with ‘Moon’, it could be one or two notes, or a phrase from a melody…

And then tell us all about it…