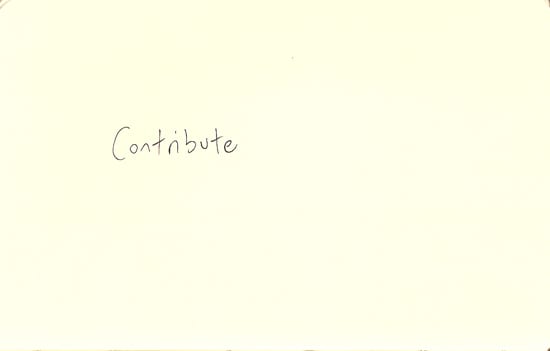 I was at a party the other day and a chap told me a story about a friend of his. No idea if it was true or not, and I probably remembered it totally wrong, and I probably made bits up. Anyway, maybe not. Here it is…

His friend had recently moved to a group of flats in London from a village in Ireland. At the centre of the flats was a tennis court. After a few weeks of not getting to know anyone, he decided to organise a tennis tournament. He made a flyer and posted it through every letterbox within the flats, and arranged a meeting at the local pub for anyone interested. He arrived at the pub expecting no-one to arrive, but the place was packed. The tennis tournament was a success. But best of all, people who wouldn’t have known each other started talking. Friendships were made.

[at this point in the guy’s story, I had a whiskey. This next bit is probably made up…] Everyone started to talk about the amazing tennis tournament and how deep friendships were formed. Suddenly, everyone had found a meaning to their miserably isolated existences. Joy was spread throughout the flats. Old ladies were helped across the way. An OAP’s tournament was held and the life expectancy doubled overnight. Mrs Darcy is 134 years old. There is no illness or litter. God Himself wants to live in a flat but they are too oversubscribed.

[at this point in the story I collapsed and what follows is the dream I then had…] A hurricane came and the flats were all lifted up. Dorothy and Toto started a game of Tiddlywinks with a mouse dressed as Napoleon. Toto won but turned into some margarine. Dorothy suggested, via telekinesis, that she needed more legs. Five would be better, because then running would be quick and she was not very good at running. But she was or was not good once about the accordion.

[not much there. Anyhow, then I was reincarnated as me, which was slightly disappointing, but there y’go. What follows is the moral to this tale]

One intervention made a difference: One chap deciding to organise a tennis tournament.

It’s a lovely thing when people contribute, offer up ideas; in a band, a session, a chat, anything. Especially if the ideas are just offered like rolling snowballs down a hill. Some of them come to nothing, some of them get big. Whatever. It doesn’t matter.